The big five animals are African Elephant, cape buffalo, leopard, lion and Rhinoceros. These types of animals were named the “big five” by big-game hunters during Africa’s colonial period, as they were considered as the most difficult and dangerous wild animals in Africa to track and hunt on foot. Nowdays is popularly used by the game viewing tourists and safari tour operators to sell their African Big 5 safari trips and describe the top 5 safari animals to see on a game drive. These five big animal species are found on the African continent in the southern and Eastern parts of Africa.

The African bush elephant is a largest and heaviest land animal in the world and can reach up to 3meters in height and weighing up to 6 tons. It also eats massive amounts of food each day. Elephants are difficult to hunt because their large in size and can be able to hide in thick bush. Keep a distance from them, and if in a vehicle ensure that you have the means to drive away forwards-elephants can run faster than a car. An elephant flapping its ears, kicking up dust, or trumpeting probably just know is likely to charge. Elephants live in a herd that is led by the “Matriarch” female. They always become aggressive when their young are threatened. Elephants are vegetarians eating up to 160kg per day, made up of savannah grasses, bushes, small plants, fruits, and roots. 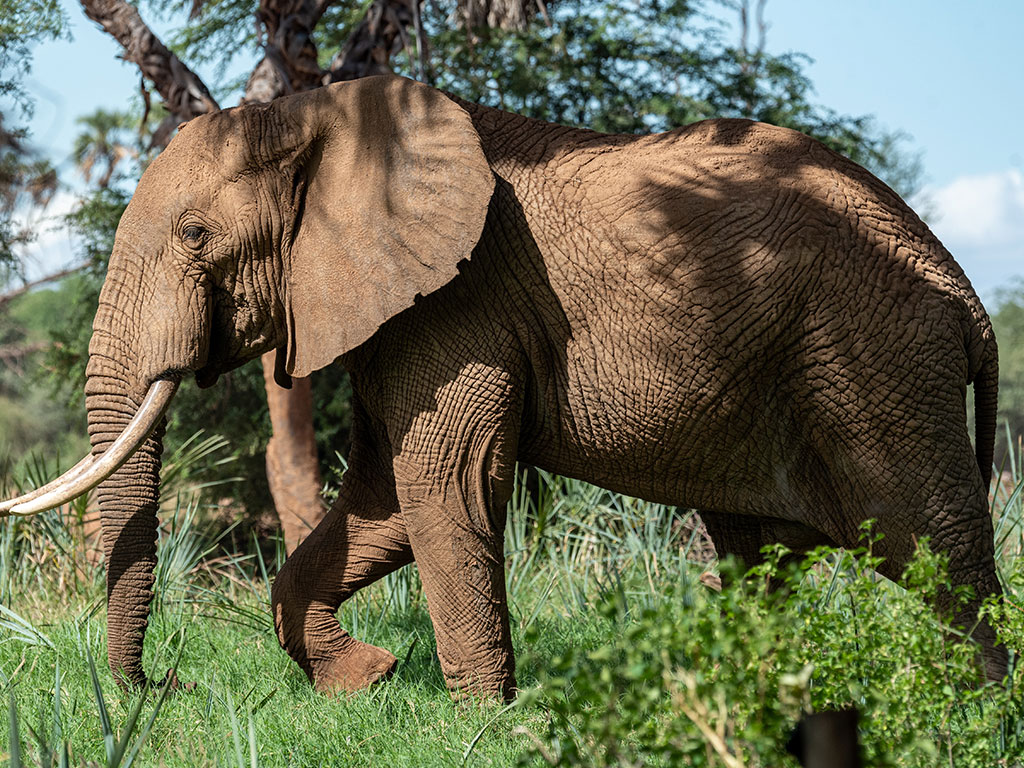 The Rhinoceros are the most endangered species of the big five due to rhino poaching and illegal trade in rhino horns. There are two species of rhinoceros in Africa include; the critically endangered black rhino and the white rhino. Whereas the white rhinos have made a comeback through conservation efforts across the continent as well as the black rhinos are still very much one of Africa’s endangered animals. The names of the rhinos don’t have anything to do with color both species are grey. The white rhinos have a flat, wide mouth and their name is a corruption of the Dutch word “wijd”.

Both the black and white rhinos tend to be warry of humans, but sometimes charge vehicles that get too close to them. A rhino can weigh up to 5000 pounds and its horns can grow up to 5 feet long. They also have bad eyesight but excellent hearing and sense of smell. All species of rhinos are herbivores, grazing on a wide variety of fruits, stems, twigs, grasses and leaves.

The African buffalo is a large horned bovid, considered as the most dangerous animal of the big five and attacks humans. Both the male and female buffaloes have horns, but the male horns curve and come together in the center forming a big bony plate called a boss. The African buffalo has a reputation for being bad tempered when it feels threatened it can become very aggressive and charge with astonishing speed. They are found in groups and large herds as well as spend their time grazing and their primary predator is a lion. Buffaloes are strictly herbivores and eat a wide variety of grasses, leaves and some plants.

A leopard is solitary, independent creature not large in size but quite powerful and elusive. There had to catch because of their camouflage body colour and very fast in running. They are rarely seen of the big five and sometimes found alone. It is nocturnal and mainly hunts at night. Their prey are the antelopes, gazelles, eland, African monkeys, impalas and many more, they hide their prey in the tree to prevent other animals from stealing it. Leopards can be found in deserts, rainforests, woodlands, grasslands, savanna areas in Africa. Among the big five is one of the big species found outside national parks.

A lion is a large predator and one of the Africa’s most dangerous animal known for their fierceness and intimidating roar, when angry they can trample on you kill you and have you as a meal. A lion is a king of the savannah living in prides of up to 40 lions. The males are distinguished from the females because of their large manes. The females do all the hunting and usually share with the males of the pride. Lions are very territorial and the females normally spend most of their lives in their home ranges. Lions are the most popular species to view while on a safari tour. The lions can be found in savanna, grassland, and open woodland. Preys of the lion include; zebra, impala, giraffes, antelopes and more others.

The best places to see the big five animals.

In Uganda lions are found in queen Elizabeth, Murchison falls and kidepo valley national parks. On your safari in any of these parks, during a day time game drive you will be able to see the lions as they linger around their habitats or rest. On the night game drive, you will view them chasing after their prey or feasting the one that has been hunted already.

Queen Elizabeth national park is also famous for the unique tree climbing lions that are common in the southern part of the park in Ishasha sector and can easily be viewed in the morning hours.

In Uganda the Rhinos are rehabilitated and conserved at Ziwa Rhino Sanctuary the only place with rhinos in the country. The place is open all year round for visitors interested in seeing the rhinos and is just few kilometers away from Murchison falls national park, however, you can encounter the rhinos on your way going or coming back from Murchison falls national park.

Batwa people and their Culture

Batwa People or Twa are believed to be one…

People often wonder if lions can climb trees. Do…

RECENT POSTS
Our trips are always tailor-made, in order to help you with assistance from our local expert from Booking accommodation, transfers Airports Pick-ups and drop-off to final destination tours
Get In Touch
Copyright Pearl Gorilla Tracking Expeditions. 2022 - All Rights Reserved - Designed by
Search
error: Content is protected !!
WhatsApp our Team
Scan the code